What Nurses Need to Know about The Opioid Epidemic in The U.S. 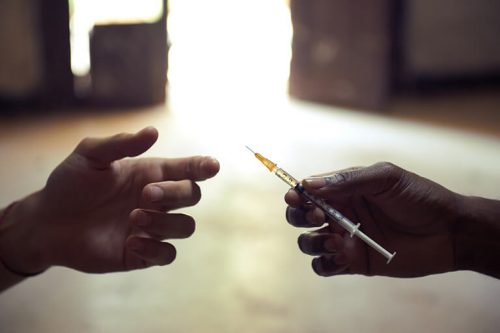 Every day, 78 people in the U.S. die from an opioid overdose, according to the American Nurses Association (ANA). Though these deaths often are associated with illegal substances, in this instance, unauthorized narcotics are not the only culprits. Prescription opioids also are playing a role in the rising frequency of opioid abuse and deaths.

Because many people struggling with opioids were either prescribed the drugs or received them from someone who was, health care professionals across the country are becoming involved in efforts to fight the epidemic. As opioid abuse becomes a growing concern in the U.S., it is important for nurses to be educated on the topic in order to provide the best possible care to their patients.

The rise of opioid abuse in the U.S.

An opioid is defined by the National Institute on Drug Abuse (NIDA) as a medication that relieves pain. The drug works by inhibiting the pain signals that are sent to the brain and simultaneously decreasing the effect of painful stimulus by running interference in the area of the brain that is responsible for controlling a person’s emotions. While most often prescribed to treat extreme pain, some opioids also can be used to relieve conditions such as severe diarrhea or coughs. Common medications that are defined as opioids include codeine, morphine, hydrocodone and oxycodone.

When a patient is dealing with pain, a simple over-the-counter pill often is not enough to amend the problem, especially when the person is recovering from an injury or a recent surgery. Although pain medications such as morphine and oxycodone can be extremely beneficial for patients who are in extreme pain, the problem is that they are addictive substances that can lead to dependence if used for long periods or without supervision. A small portion of patients even can become addicted when taking the medicine as prescribed, according to the NIDA.

The use of opioids is becoming increasingly common in the health care setting. Though Americans have not reported increased levels of pain, the sale of prescription opioids nearly quadrupled between 1999 and 2014, according to the ANA. Current estimates suggest that at least half of all overdoses related to opioids involved a prescribed medication.

The state of the epidemic

To combat this growing problem, the U.S. government has begun to take action. The National Institutes of Health (NIH) reported that a large amount of research is being conducted to shape legislative measures. This research has shown several strategies to be effective, including:

According to a press release from the White House, President Barack Obama’s 2017 budget includes $1.1 billion over two years to combat the epidemic through strategies such as expanding treatment availability and increasing access to an overdose-reversal drug. These efforts are a continuation of Obama’s first National Drug Control Strategy in 2010, which emphasized the need to provide safe and effective pain relief for patients, while still taking active steps to decrease opioid abuse and deaths.

How nurses can help

In an interview with The Huffington Post, Deborah Trautman, Ph.D., RN, FAAN, president and chief executive officer of the American Association of Colleges of Nursing (AACN), reported that nursing education is critical for addressing this epidemic. By first educating nurses, these health care professionals will be more aware of patients who may be at risk of abusing opioids and also can educate them about the risks before taking home the prescription. Consequently, nurses who work directly with patients are well-placed to contribute to this portion of the effort against the opioid epidemic.

While registered nurses in any position can help to educate patients, it is especially important for nurse practitioners (NPs) to be diligent in informing patients about the risks and benefits of opioids, as NPs are often the ones who prescribe drugs as part of their patients’ treatment.

“As the largest segment of the health care workforce, nurses play a critical role in treating and counseling individuals suffering from drug addiction,” Trautman said in the interview. “Advanced practice registered nurses, including nurse practitioners — the third largest opioid prescribing group for individuals with Medicare Part D according to the Centers for Medicare and Medicaid Services (CMS) — are committed to adopting responsible prescribing practices using the evidence-based guidelines advanced by the CDC.”

She additionally recommended nurses check out the CDC Guideline for Prescribing Opioids for Chronic Pain.

Despite the risks that opioids pose, the answer is not to discourage their use altogether, Trautman reported:

“Prescription opioids are an essential part of treatment for many individuals. It’s important that any policy changes that may be coming do not deter providers from prescribing opioids in appropriate situations or challenge the progress health providers have made in pain management in the last decade.”

How Professional Counselors Can Help Address The Opioid Crisis