What Nurses Need to Know about PrEP 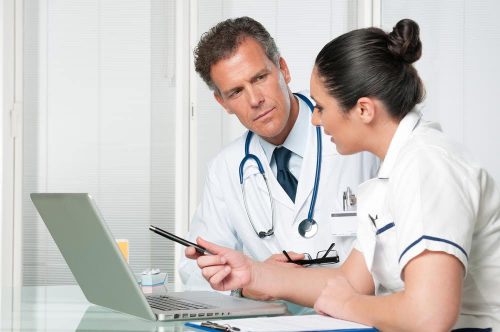 The human immunodeficiency virus (HIV) is an incurable chronic condition that targets and slowly destroys the immune system over a period of many years, a fact sheet from the U.S. Centers for Disease Control and Prevention (CDC) explained. It is estimated that in the U.S. alone, over 1.1 million people live with HIV, and although there has been a decline in the number of infections in recent years, the condition still poses a notable risk, particularly to gay or bisexual men. The CDC fact sheet stated that there is also a racial disparity in terms of infection rates, with African-American gays and bisexuals experiencing the condition at a disproportionately high rate. The disease is passed on via bodily fluids, including blood and semen, and is primarily transmitted during sexual activity or needle sharing.

Despite the fact that there is currently no cure for HIV, individuals diagnosed with the condition can, in many cases, manage their illness and live otherwise healthy lives thanks to antiretroviral therapy (ART). In addition to reducing a patient’s risk of infecting someone else, the advent of ART has enabled life expectancy for HIV positive people to improve to the point where it is common for patients to have similar life expectancies to those without the condition.
In terms of HIV prevention, alongside conventional methods such as condom use, patients now have the option of taking a daily preventative medication known as pre-exposure prophylaxis (PrEP). Health care professionals should have a detailed understanding about this new medication in order to best inform patient populations. This need is especially true for nursing staff who typically work on the frontlines of preventative health and community awareness.

As explained in a brochure published by the San Francisco AIDS Foundation, PrEP is a daily medication that, if taken properly, can markedly reduce an HIV negative person’s risk of contracting HIV. PrEP is a preventative strategy only — it is not used to treat those who are HIV positive, and it does not serve as a cure for the condition. It also should be stressed that PrEP only reduces the risk of contracting HIV and not other sexually transmitted infections.

PrEP currently is available under the brand name Truvada, and no other brands currently are available. The medication works as a safeguard within a patient’s body, helping to prevent HIV from taking hold after a high-risk exposure event. For example, if an individual who adheres to his or her PrEP regimen engages in unprotected sexual intercourse with an HIV-positive partner, there is a very high chance that the Truvada in his or her system will prevent him or her from contracting the disease.

Are there side effects?

The San Francisco AIDS Foundation fact sheet explained how there is very small risk of patients losing bone density and developing kidney problems while taking Truvada. Less serious and more common side effects that can occur include weight loss and nausea. Headaches also are possible. To put the risk in perspective, it has been reported that for every 200 patients, one will have kidney problems, and for every 10 patients, one will experience nausea.

How effective is PrEP?

Studies have shown PrEP to be remarkably effective at HIV prevention. Writing for PBS News Hour, journalist Daniel Costa-Roberts cited a widely published study in the New England Journal of Medicine that focused on a high-risk demographic — men who have sex with men, as well as transgender women. All study participants were HIV-negative at the start of the trial. There were two groups involved — one test group took Truvada while the other took a placebo. The results were extraordinary: Researchers found that, when individuals strictly follow their daily PrEP regimen, the risk of contracting HIV falls dramatically, by some 92 percent.

PrEP only is able to provide such high levels of protection if it is taken on a consistent, daily basis. Failure to follow these directives means that the protective levels will be reduced and the risk of HIV increased. In fact, as pointed out by Costa-Roberts, there were participants in the aforementioned study who contracted HIV while taking PrEP. Researchers discovered, however, that infection only occurred in the subjects who failed to take the medication as often as directed — every day — or even at all.

As with any preventative strategy, however, 100 percent protection cannot be guaranteed. A small risk of HIV infection remains for patients who engage in high-risk behaviors, even if PrEP is taken daily as prescribed. A press release from the New York City Department of Health and Mental Hygiene reported on two separate cases where men contracted HIV, despite adhering to their daily PrEP regimen. Both men regularly engaged in high-risk sexual behavior — unprotected anal sex. As noted in the press release, medical professionals have explained that both men became infected with a rare strain of HIV that does not respond to many HIV medications, including the medications used to form Truvada.

Given the small but notable risk, nursing professionals should encourage individuals who take daily PrEP to use other preventative measures, such as condoms, simultanously. Regular testing also should be encouraged. 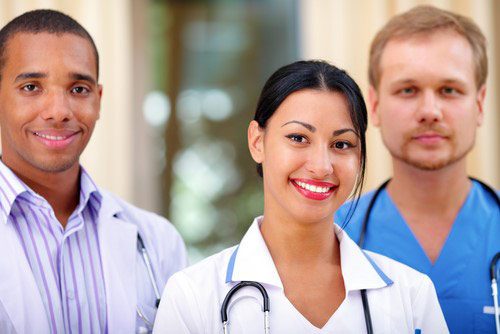 Understanding when a patient is a good candidate for PrEP

The decision to take PrEP ultimately lies with the patient, although health care professionals should be mindful of the fact that certain at-risk populations are more likely to benefit from taking the medication than others. Therefore, members of demographics with high rates of HIV infection make good candidates for the drug.

Health care providers should follow a number of steps before PrEP is prescribed to patient. As detailed in the San Francisco AIDS Foundation brochure, the first crucial step should be a conversation with the interested party, wherein the health care professional — a nurse or physician — explains what PrEP is and inquires as to why the patient wants to take it. For example, a patient may be interested in PrEP because she is in a long-term relationship with an HIV-positive partner, while another patient may be interested because he or she routinely engages in unprotected intercourse with multiple partners.

Once an agreement has been reached between the patient and his or her provider that PrEP is the best course of action, the health care professional must then ensure that the patient does not take other medications that may lead to a negative interaction.

Afterwards, it is mandated that the patient be tested for HIV, hepatitis B and several other sexually transmitted infections, including syphilis and chlamydia, before the drug is prescribed. Additionally, tests must be conducted to determine the health of the patient’s kidney function.

Counseling patients about PrEP, as well as best practices for safer sex, is just one of the many ways that nursing staff can make a difference in terms of communitywide preventative health efforts. If you are looking to take charge in this area and lead a team of nurses, consider embarking on a career as a nurse manager.

The first step on the road to this profession is an application to Bradley University’s online Master of Science in Nursing program. The coursework and practicums are designed to be completed locally and can afford you the freedom to study at a time that best fits around your busy career and other personal obligations.

HIV/AIDS: Why are Certain Populations at a Higher Risk?