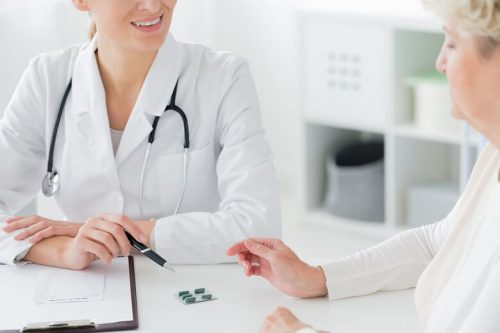 Prescription medication therapy ranks among the most effective medical treatment strategies. All of the common antidepressants on the market outperform placebos, helping people dealing with major mental health conditions like anxiety, depression and obsessive compulsive disorder suppress symptoms that would otherwise disrupt their lives, according to data from the U.K.’s National Institute for Health Research released in 2018. Antibiotics are similarly effective. In fact, penicillin, the first known antibiotic, has saved countless lives since physician and bacteriologist Alexander Fleming discovered it in 1928, per information from the U.S. Centers for Disease Control and Prevention published in 2017. It is no wonder then that nearly 50% of Americans use at least one prescription drug, according to CDC survey results released in 2017.

However, the widespread embrace of drug therapy has created complications. For instance, some drugs simply do not interact well and can cause patients serious harm if they mingle in the bloodstream. Additionally, medications can harm individuals with particular allergenic or body chemistries, while others generate side effects that outweigh any associated healing properties.

Fortunately, there is an entire clinical niche dedicated to assessing and addressing the various complexities that accompany drug therapy: pharmacodynamics or “the study of the biochemical, physiological and molecular effects of drugs on the body,” per the 2019 edition of the Merck Manual. Pharmacodynamics is therefore an essential aspect of modern medical education programs, including those designed for family nurse practitioners, many of whom develop treatment plans and prescribe medication as part of their duties.

The history of pharmacodynamics

Pharmacodynamics materialized following the emergence of formalized medications. The first drug production techniques appeared during the early and mid-19th century when organic chemistry and medical luminaries like Friedrich Wohler and Oswald Schmiedeberg established the theoretical and technical frameworks for creating medications, according to an article published in 2001 in the American Chemical Society journal Modern Drug Discovery. Drug therapy went mainstream in the 1940s when scholars at Oxford University in the U.K. managed to build off Fleming’s 1928 research on penicillin and isolated and purified the bacteria for use in an injectable cocktail, according to CDC information from 2017. By 1942, the team at Oxford, along with groups in France and the Netherlands, were producing penicillin in large quantities for use in World War II. The drug cured numerous once-fatal infections, including streptococcal meningitis. Fleming and Oxford biochemists Ernst Chain and Howard Florey were awarded the Nobel Prize in Medicine and Physiology in 1945 for their work on the antibiotic.

Pharmacodynamics played an essential role in the development and deployment of the first few prescription medications, including penicillin, as doctors diligently measured how these drugs interacted with patients’ bodies, then made the necessary tweaks. This is when the variables of pharmacodynamics took shape. Per an article published in the journal Clinical Pharmacokinetics in 2000, these items include:

Pharmacodynamics would go on to become a well-known and respected pharmacological niche within a few decades, as those inside and outside the medical community realized how valuable the study of drug-receptor binding and the factors that affect it, including medication design and patient physiology, could be.

Researchers involved in the creation and production of modern prescription drugs are most commonly associated with this niche. However, countless other professionals in the medical arena depend on pharmacodynamic knowledge, including FNPs, approximately 95% of whom prescribe medications, per research from the American Association of Nurse Practitioners published in 2019. In fact, the average full-time practicing FNP writes around 20 prescriptions per day, the AANP data indicated. Thus it’s essential that these advanced nursing professionals understand core pharmacodynamic concepts and have the knowledge to efficiently and safely write prescriptions. This is an especially significant concern due to the emergence of MRSA and other antibiotic-resistant bacteria, a phenomenon linked to the overprescription of antibiotics, per a 2017 report from the CDC.

Where do FNPs gain useful pharmacodynamic knowledge? Graduate school is the answer for an estimated 99% of these professionals, according to a 2019 report from the AANP. A lot of degrees and educational tracks cover this niche but the online Master of Science in Nursing — Family Nurse Practitioner program from Bradley University ranks among the best.

Here, registered nurses looking to move into the FNP realm engage with key pharmacodynamic issues in core courses such as Advanced Pathophysiology and Advanced Pharmacology, which unfold over two sessions. The online MSN-FNP program also touches on other serious subjects with courses like Evidence-Based Practice and Legal and Ethical Issues in Health Care.

In the end, the Bradley University online MSN-FNP program can help prepare rising advanced-nursing professionals for successful careers in the FNP field, equipping them with the essential theoretical and technical insights they need to oversee positive patient outcomes. Are you interested in enrolling in the degree track and dissecting clinical concepts like pharmacodynamics? Connect with Bradley University today.

A look at the job satisfaction of nurse practitioners

What can you learn about pharmacology in Bradley’s FNP program?