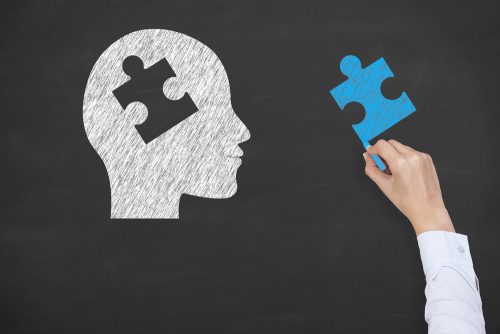 Counseling is a profession that is constantly evolving in regard to what we know about humans, behavior and cognition. One of the most exciting developments has been the emergence of neurocounseling. As the brain continues to reveal more secrets, opportunities have arisen to practice new kinds of counseling therapies that address the inherent links between behavioral and psychological symptoms.

While neurocounseling is still growing in awareness, greater interest in brain-based counseling interventions has built over recent years, as new evidence and support comes out in favor of the positive effect neurocounseling can have. With applications in treating major depressive disorder and training clients to self-regulate emotions and practice compassion, neurocounseling offers a way for mental health professionals to treat clients more holistically.

Neurocounseling is an advanced therapy at this point, and as the practices gain wider appeal, more mental health professionals may become interested in learning more, enough so that they can competently deploy techniques like biofeedback and mindfulness training. As home to one of the first-ever neurocounseling certificates in the U.S., Bradley University offers students a rare opportunity to enter the cutting-edge of counseling with a one-year, post-graduate program. Read on for more information about what neurocounseling is and how the practice can help in real-world therapies.

The advent of neurocounseling came with the discovery of neuroplasticity. In the late 1990s, researchers at the Salk Institute in San Diego, observed the phenomenon of neurogenesis, or the capability for human beings to grow new nerve cells throughout life. This continuous growth of nerve cells leads to the concept of neuroplasticity, or the malleable nature of the brain and its ability to form new neural pathways. The generation of these nerve cells may be in response to an injury, changes in stimuli, or when new information and skills are gained. The breakthroughs made in neurogenesis and neuroplasticity have opened the door to both the long-term goal of finding a way to repair brain function lost to disease or traumatic injury, as well as possibilities in the now, like neurocounseling.

The evidence of behavioral and psychological symptoms sharing physiological and neurological underpinnings has been used to expand the practice of neurocounseling.

Neurocounseling is different from other approaches in that the practice is less about spurring observable change than having practitioners teach clients the tools for their own means of change. The key lies in using neuroplasticity to achieve tangible changes in behavior that benefit clients.

The success of brain-based therapies can then be measured by technology that analyzes brain wave patterns, or imaging technology like functional magnetic resonance imaging (fMRI) that can visualize the physical changes that result from neurocounseling.

The alternative value in the approach is summed up by Dr. Lori Russell-Chapin, Bradley University professor and Co-Director for the Center for Collaborative Brain Research.

“For decades, my goal was to assist clients in changing their unwanted thoughts, feelings and behaviors. Today … the overarching goal of all my counseling is to help clients to improve their emotional and physiological self-regulation,” Russell-Chapin wrote in a passage for a 2017 American Counseling Association publication titled “Neurocounseling: Brain-Based Clinical Approaches.” 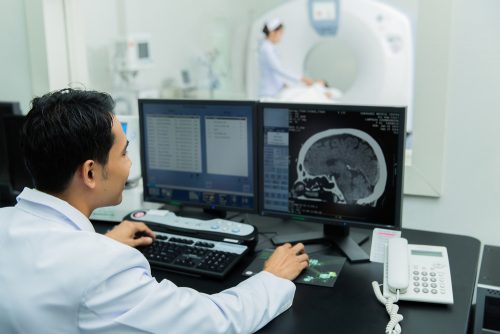 How is neurocounseling used by professionals?

While the ACA publication noted neurocounseling can be used to wholly change how professionals approach and conceptualize client cases, it’s most often used in conjunction with other established practices. Neurocounseling is, after all, still an evolving practice, which has often led to the theories being utilized by knowledgeable counselors as just one technique in a toolset that incorporates other traditional approaches to intervention and counseling.

That being said, there is a bright future ahead for neurocounseling, and many are using neurocounseling to get ahead of the curve as the methodologies becomes more accessible and publicized.

There is a range of ways in which the principles of neurocounseling can be deployed to a positive effect. These methods can be organized in two basic groups: techniques that use knowledge of the brain to assess and interpret client concerns and behaviors, and techniques that actively teach clients activities and exercises informed by neurocounseling.

Russell-Chapin and fellow ACA member Dr. Laura Jones presented an intriguing hypothetical case in Fact Based Health that demonstrates how neurocounseling can be used in both respects, both as assessment and as action.

The authors said that having a background in neurocounseling can give counselors a “richer understanding” of clients and how they present concerns. Knowing that someone who has experienced a traumatic event might have a more reactive autonomic nervous system (ANS), for example, can clue counselors into how best to counsel a specific client given what they know about the physiology of the brain. Such an acknowledgement may, for instance, demonstrate to a counselor that a deliberate and slower approach to building trust might be needed.

On the practical side, neurocounseling offers professionals focused, brain-based therapies to addressing the concerns presented by the client. Russell-Chapin and Jones went on to say that in the case of a traumatized client, a highly reactive ANS, which regulates internal organs and factors in the fight-or-flight response, can cause discomfort and feelings of anxiety or fear. Thanks to what is known about neuroplasticity, counselors can augment treatment by training such a client in mindfulness, grounding skills, biofeedback, heart rate variability and diaphragmatic breathing to build capacity in the brain to make positive change in neural pathways and networks. Having these established tools is important to ensuring neurocounseling can be an effective and therapeutic experience.

With greater exploration of how neurocounseling can be applied, more real-world applications for the practice will be known. There are, however, a few categories of patients who have shown a particular response to neurocounseling. These include:

What can students expect from Bradley University?

Bradley University is one of the only institutions with a neurocounseling certificate program. This gives us an advantage in educating students who are interested in the approach and how neurocounseling can be applied in real-world client interactions. Those who attend can expect to learn much when they enroll in our one-year, post-graduate offering that is part of earning an overall online Master of Arts in Counseling from Bradley University.

Some of the coursework that students can look forward to includes “Bridging Brain and Behavior,” an introductory course to familiarize students with the physiology of the brain and neurologic fundamentals of emotions, as well as “Brain-Based Counseling Interventions,” a more in-depth dive into exploring counseling techniques designed to support healthy brain plasticity.

Another aspect of the Bradley University advantage is the presence of our Center for Collaborative Brain Research (CCBR). Headed in part by our very own Dr. Russell-Chaplin, the CCBR is jointly operated with other educational institutions in the area that focus on brain research.

Want to learn more about Bradley University and how a certificate in neurocounseling can help improve your online MAC experience? Contact an admissions officer today.

Neurocounseling: Bridging The Gap Between Brain and Behavior

The Intersection of Music Therapy and Counseling