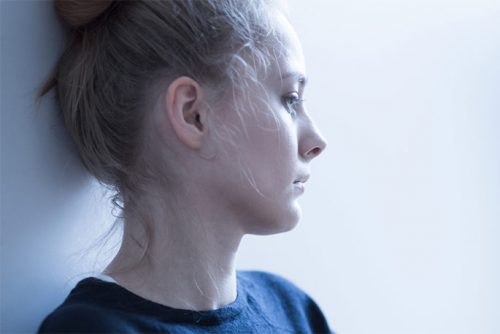 Post-traumatic stress disorder (PTSD) has become an overarching topic in the national discussion on mental health. Awareness of the disorder, which develops in people who have experienced a trauma, a near-death event or extreme grief, has increased as more barriers to seeking care are broken down. The subject of trauma and subsequent lasting emotional and mental stress was a topic that hasn’t received much attention historically. Now, every June is devoted to outreach efforts regarding PTSD and helping people affected by the disorder to find help, whether through counseling or medical treatment.

Nowhere are the advances in PTSD awareness more noticeable than within the military and veterans. In World War I, the term “shell shock” was used to describe the symptoms of what could now be considered PTSD. Vietnam War veterans undoubtedly suffered those same stresses (amid a world and nation in social upheaval), but public perception of the condition was only starting to gain traction. By 1980, the American Psychological Association (APA) added PTSD to its Diagnostic and Statistical Manual of Mental Disorders (DSM). Yet it wasn’t until a generation of soldiers returned from the Iraq and Afghanistan wars displaying these same symptoms did the national conversation on PTSD really took off in earnest. The terrors that soldiers encounter on and off the battlefield are very likely to cause the sort of flashbacks and avoidance indicative of PTSD. However, it’s important to note that the disorder can still strike those without combat or military experience.

A benefit of this ongoing national dialogue on PTSD is the growing recognition that nonveterans also can be affected by the disorder. Not only can PTSD be traced to events experienced in professions analogous to military service (like law enforcement) but also in instances of domestic and sexual abuse. Even a car accident or loss of a loved one can lead to grief and trauma. A wide spectrum of life experiences may contribute to the development of PTSD (natural disasters, car accidents or grief from the sudden loss of a loved one). An emerging related issue to this growing acknowledgement is the comparable lack of resources available to nonveterans.

Improving nonveteran client access to quality treatment is important to many counselors but not an easy task. The admission that PTSD affects people not in the military has accrued greater public buy in, but challenges still exist. What follows here is more information on PTSD in nonveteran clients and how professionals with a Master of Arts in Counseling (MAC) can tackle the issue.

The United States has built a respectable infrastructure for veterans returning with or at risk for PTSD as a consequence of the military’s policy of acceptance and support. However, because the conversation regarding PTSD has only recently touched upon how the disorder affects nonveterans, there are few outlets for assistance that civilians can take advantage of, according to a 2015 study by researchers at Brown University and published in the Harvard Review of Psychiatry.

Though the Veterans Health Administration and Department of Defense were found to have had taken adequate steps to ensure available treatment resources for veterans and active service members, researchers did not see the same initiative or success in providing for nonveterans.

“The best PTSD treatment model we have can be found within the VA,” lead author Judith Bentkover, professor of the practice in the Brown University School of Public Health, said. “Kids have PTSD. Women have PTSD. [PTSD is] not just a disease of veterans, although they are a very important and poignant cohort of people who have it. Sexual assault victims, abused children and survivors of natural disasters do not necessarily have a VA to go to. What do they do?”

Researchers found that a central issue in the gap between resources for veterans and nonveterans was the relative lack of civilian-focused research on PTSD. Though some websites and research were directed specifically at nonveterans, not as much information was available to help individuals make informed decisions on their mental health. The authors said that one of their major findings was that no centralized database of PTSD providers and programs exists for nonveterans on a state or local level (and only in a limited sense federally).

Researchers found that a central issue in the gap between resources for veterans and nonveterans was the relative lack of civilian-focused research on PTSD. Though some websites and research were directed specifically at nonveterans, not as much information was available to help individuals make informed decisions on their mental health. The authors said that one of their major findings was that no centralized database of PTSD providers and programs exists for nonveterans on a state or local level (and only in a limited sense federally).

Another potential barrier to nonveterans seeking assistance is the cost of PTSD. A study using data collected from Australian Vietnam veterans found a PTSD diagnosis was associated with medical bills that were 60 percent higher than average. The same study found other mental health issues were connected to increasing costs (depression cost $14 per year for each symptom, while anxiety cost $27 at the same rate of symptom reporting). Though not much research exists into civilian financial costs, treatment for mental health tends to cost more on average. The World Economic Forum, in a report on the cost of noncommunicable diseases, predicted that the cost for mental disorders would exceed the total amount related to treating diabetes, respiratory disorders and cancer together.

The invisible nature of PTSD also makes it hard for any person dealing with effects to open up and seek help. Nonveterans may be particularly less likely to do so because they’re not as informed on how the disorder could arise out of a noncombat situation. Bentkover, the Brown professor, noted that New York and Washington residents who experienced 9/11 firsthand later demonstrated some of the same signs as combat veterans with PTSD but didn’t have the same resources to identify and treat their symptoms. 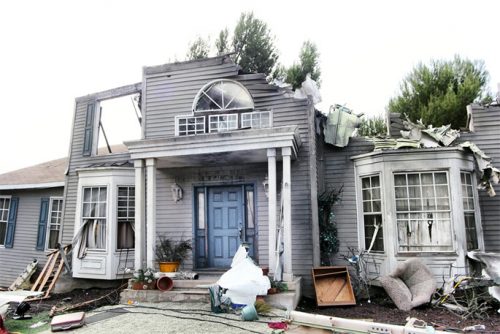 Getting ahead of the challenges that complicate treating PTSD in nonveterans first requires counselors to identify client demographics most at risk of developing the disorder. Making this distinction, however, is difficult. An event like a sudden family death or a robbery can happen to anyone. The APA said nearly half of all people experience at least one traumatic event in their life. There’s no preplanning for treating PTSD in civilians when traumatic experiences are very often unexpected. Still, knowing that there are certain populations of clients who are at greater risk can help counselors stay vigilant in addressing symptoms these clients present that fit PTSD patterns.

For instance, PTSD disproportionately affects women. The National Institute of Mental Health (NIMH) said women are more than twice as likely as men to develop PTSD over their lifetime. This increased level of risk could possibly be traced to incidents of sexual assault, rape or spousal abuse –which affect both men and women, but more often the latter. Knowing that a woman’s chances of developing PTSD are higher, educating her on the fact that avoidance symptoms are hallmarks of the disorder may help her address the issue or at least understand the changes in defined terms.

Counselors should also be on the lookout for symptoms of PTSD in civilians who’ve lived through a natural disaster. This need is a particularly relevant point in 2017, as hurricanes have devastated Houston, Puerto Rico, Florida and Louisiana, among other states and Atlantic island nations. Mexico has had to recover after a series of debilitating and deadly earthquakes. Wildfires in California have killed dozens of people and scorched thousands of acres of land. Natural disasters can often serve as precursors to PTSD given the havoc some extreme events wreak: displacing residents, destroying their homes and valuables, throwing into disarray their entire ways of life.

In a review of research literature related to PTSD and disasters (published in the Journal Epidemiological Reviews) authors wrote “studies conducted in the aftermath of disasters during the past 40 years have shown that there is a substantial burden of PTSD among persons who experience a disaster.” Counselors in areas affected by disaster (or who are traveling to assist in recovery) should keep this association in mind. Though civilians who have experienced a disaster might not be able to view their grief or disbelief through a lens of PTSD, having a knowledgeable counselor inform them on the connections between the disorder and disaster could provide welcome assistance.

Put clients in touch with resources to bridge gap
Among the recommendations the Brown researchers made to improve nonveteran access to treatment for PTSD was a call to expand outreach, connecting more clients to resources. The most recently available NIMH statistics indicate that of adults in the U.S. population with PTSD, just 50 percent receive health care treatment and only 57 percent utilize any care service. About a quarter of all adults living with the disorder received minimally adequate services. PTSD awareness suffers from the same stigma associated with other mental health disorders but is also affected by the lack of clarity many have on what PTSD is, how it can happen to them (even people watching news coverage of 9/11 were known to have developed PTSD from repeatedly viewing the horrific images and the overwhelming sense of fear) and what steps they can take to seek treatment.

For counselors who encounter clients with symptoms that resemble PTSD or already are diagnosed, connecting them with resources is as important as engaging them emotionally. Key resources to consider include survivor or support networks. Informing clients of these groups can help put them in touch with others who have undergone similar traumas and experiences, who they can speak to and learn from. Such forums also present clients with the opportunity to do good and raise awareness on their own or pursue outreach efforts with an organization, something that can help in their recovery.

tail-specific process for counselors. The types of traumas civilians experience can resemble battlefield conditions (like survivors of a gun massacre) and warrant the same considerations in treatment. It takes years of skill-building and education for counselors to be able to provide high-quality service to clients with PTSD. Individuals looking to earn a postgraduate degree to help achieve greater awareness of PTSD in nonveterans may want to consider Bradley University’s online Master of Arts in Counseling program.

Counseling for loved ones with terminal illnesses