The Role of Nurses in The Eradication of Measles and Rubella 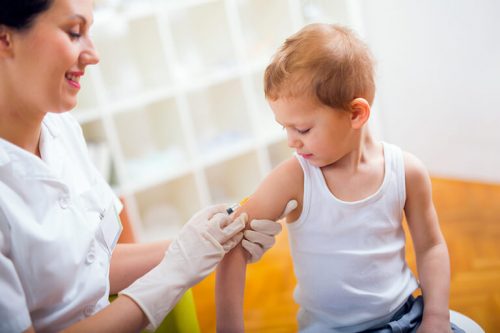 At the end of September 2016, the World Health Organization (WHO) declared that measles had been eradicated from North and South America. The announcement is a tangible illustration of the great strides that have been made in combating the virus globally. A highly-infectious disease, measles at one point killed approximately half a million children around the world each year.

Dr. Carissa Etienne, Director of the Pan American Health Organization, stated during a press conference, “It is the result of a commitment made more than two decades ago when the countries of the Americas committed themselves to ending measles at the turn of the century.”

Though this announcement marks great progress in the fight against measles, the WHO reported that the disease is still a leading cause of childhood mortality in countries around the world. Consequently, it still is critical that nurses remain diligent in watching for the symptoms in patients and educating parents about the disease’s risk to prevent future outbreaks of the virus.

Rubella and measles in the U.S.

While measles and rubella are separate diseases, in recent years they have been grouped together due to the combined vaccines that can protect against both. According to the U.S. Centers for Disease Control and Prevention (CDC), measles is an infectious viral disease that typically is accompanied initially by a cough, high fever, runny nose and red, watery eyes. A red rash usually breaks out on the skin about three to five days after the early symptoms appear, and a fever may develop, reaching temperatures of up to 104 degrees Fahrenheit.

Rubella, though often referred to as German measles, is not the same disease. According to the Mayo Clinic, it is caused by a different virus that is typically less severe and contagious than measles. However, both diseases are accompanied by a signature red rash. Other symptoms of rubella include a headache, stuffy or runny nose, enlarged lymph nodes, mild fever and aching joints. Once a person has recovered from the sickness, lifelong immunity typically has been developed, which prevents future occurrences. While rubella is generally a mild disease, it can cause severe complications when it occurs in pregnant women. The CDC reported that when a pregnant patient is infected, there is a 90 percent chance that the unborn child will develop congenital rubella syndrome, which can cause birth defects or death.

In extreme cases, both diseases can result in deafness, blindness and brain damage, as well as death, according to the CDC. 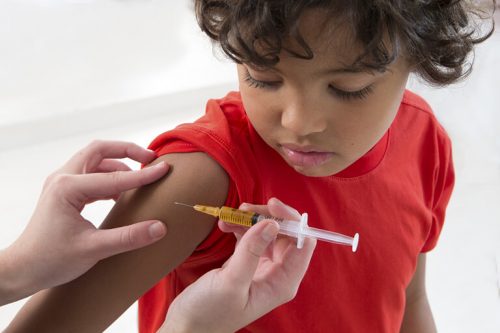 The effort for eradication

Eradication has come in large part through vaccination efforts around the globe. Prior to the advent of the vaccination program in 1963, the CDC estimated that there were approximately three to four million cases of measles in hte U.S. every year, and between 400 and 500 people died annually. Since then, the rate has dropped dramatically. From Jan. 2 to Sept. 10, 2016, the CDC reported only 54 confirmed cases of the measles.

“This historic milestone would never have been possible without the strong political commitment of our Member States in ensuring that all children have access to life-saving vaccines,” Etienne said in a press release. “It would not have been possible without the generosity and commitment of health workers and volunteers who have worked so hard to take the benefits of vaccines to all people, including those in vulnerable and hard-to-reach communities.”

The CDC reported that measles was officially considered eliminated in the U.S. as of 2010, the result of a highly effective vaccine that was distributed widely through a strong vaccination program. However, it still can pose a threat, especially as anti-vaccination movements gain traction.

“The only way it can come is from other countries, usually from U.S. travelers who travel abroad and who are not protected through vaccinations, who get infected overseas and bring it back,” Jane Seward, the CDC’s viral disease division deputy director, told The Washington Post.

This possibility was clearly illustrated at the end of 2014, when an outbreak of measles that appeared to originate at Disneyland resulted in dozens of instances of the disease in California and other states. In fact, the outbreaks in 2014 led to more cases of measles than were recorded in the U.S. in the previous five years combined. Of the patients in California who contracted measles, the CDC reported that 45 percent were unvaccinated, while only 12 percent had at least one dose of the vaccine. Another 43 percent were of unknown vaccination status.

The work of nurses in in preventing measles and rubella

A primary mechanism for nurses to contribute to the continued eradication of these diseases is through the promotion of vaccinations and other educational efforts. The vaccination is highly effective and is currently the best way to protect children against the diseases. The CDC reported that a single dose of the measles vaccine is 93 percent effective at preventing the disease when a person is exposed to the virus. That statistic increases to 97 percent with two doses.

However, as an increasing number of parents choose to forgo vaccinating their children, it is important for nurses to learn how to tactfully discuss the topic with individuals who have strong objections. The CDC reported that many people may have encountered studies that were poorly designed or conducted that suggest autism, for example. When a parent brings up such a concern, the CDC encourages nurses to be patient and empathetic, but explain why this information is not correct and be clear about the risks associated with not vaccinating children. The organization compiled a resource specifically for such scenarios: Talking with Parents About Vaccines for Infants.

While measles has been eliminated in the U.S., the fact that it still can be transmitted by cases brought in from other countries makes education efforts imperative. Parents need to know that elimination does not mean that the population is automatically protected from the diseases. Because of the large number of people who travel to and from the U.S. from other countries, cases can pop up unpredictably and threaten their children, particularly if they are not vaccinated.

Interested in pursuing an online graduate nursing degree? Bradley University has a variety of online pathways to help you meet your career goals.

The HPV vaccine: What FNPs need to know