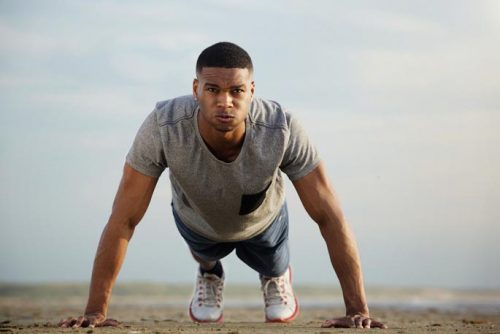 When a person is experiencing emotional or mental distress, meeting with a counselor often is helpful. If the problem is physical in nature, however, a physician typically is recommended. But that does not mean that these challenges are always completely unrelated. Although the mind and the body often are viewed as separate entities, when it comes to counseling, it is important to recognize the relationship between the two in order to maximize a patient’s well-being.

The effect of mental health on longevity

One of the clearest places that the link between mental and physical health is illustrated is in longevity. Many studies have found that those with mental health challenges, such as schizophrenia or even depression, tend to live shorter lives when compared to those who do not have these conditions. In fact, the Mental Health Foundation reported that schizophrenia is associated with a tripled risk of dying from a respiratory disease and a doubled risk of dying from a form of heart disease. Depression has been linked to a 50 percent increase in a person’s risk of dying from cancer and a 67 percent increase from heart disease. These conditions have a significant impact on life expectancies.

Researchers hypothesize that one reason for the increase in respiratory disease, heart disease and cancer risk is that individuals with mental health conditions are less likely to seek care for their physical health. The Mental Health Foundation reported that those who take part in mental health services are statistically less likely to receive many routine checks, such as weight, cholesterol and blood pressure, that could identify health concerns early on. Unhealthy habits, including smoking, drug use and a lack of exercise, also can play a role, according to an article from U.S. News and World Report.

However, there are other ways that mental health can affect longevity. Researchers are finding that a person’s sense of optimism also has an impact.

The power of positive emotions

According to a 2012 Harvard University meta analysis of 200 articles, optimism may correlate with cardiovascular health and may even decrease the rate of the disease’s progression.

“The absence of the negative is not the same thing as the presence of the positive. We found that factors such as optimism, life satisfaction and happiness are associated with reduced risk of cardiovascular disease regardless of such factors as a person’s age, socioeconomic status, smoking status or body weight,” said lead author Julia Boehm.

Boehm, a research fellow at Harvard School of Public Health’s Department of Society, Human Development and Health, additionally stated that the most optimistic individuals, when compared to their less optimistic counterparts, had approximately 50 percent less risk of an initial cardiovascular event.

Physical health can associate significantly with a person’s mental health. A major variable that seems to contribute to mental well-being, but is often underestimated, is exercise, according to the American Psychological Association (APA).

“Exercise is something that psychologists have been very slow to attend to,” Michael Otto, Ph.D., a Boston University psychology professor, told the organization. “People know that exercise helps physical outcomes. There is much less awareness of mental health outcomes — and much, much less ability to translate this awareness into exercise action.”

Counselors, like psychologists, may see results in their clients’ well-being when exercise is encouraged. A paper published in The Personnel and Guidance Journal in 2012 went as far as to call physical health an “expanding horizon for counselors.”

The APA reported that the benefits of exercise include:

Adults are not the only people affected by exercise. According to a 2012 study by the Economic and Social Research Council, a survey of 5,000 adolescents between the age of 10 and 15 revealed that those who lived a healthier lifestyle were happier than those who indulged in unhealthy habits such as drinking, smoking and eating junk food. The council also found that the more hours a week the participants played sports, the happier they considered themselves.

Pursue your Online Master’s in Counseling at Bradley University.

How Does Group Counseling Differ from Individual Counseling?