How can counselors impact communities going through catastrophic events? 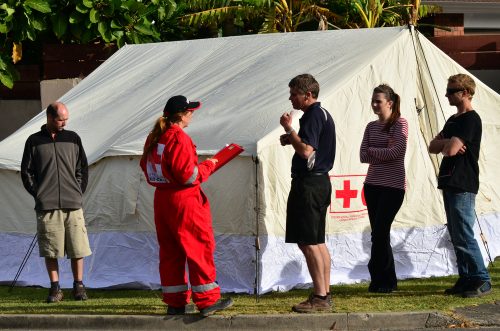 In August 2016, areas of Louisiana experienced extreme levels of flooding that destroyed property, displaced residents and caused multiple fatalities. Even though those individuals who lived in the area experienced different amounts of trauma from the natural disaster, people around the world felt its impact, whether by directly experiencing some form of loss or simply being reminded of life’s unpredictability.

In response to the flood, the American Counseling Association (ACA) put out a call for disaster mental health volunteers to aid the Red Cross with relief efforts in the area. The organization reported that clients and responders alike were dealing with significant losses and needed the services of licensed mental health professionals, including counselors, psychiatrists, psychologists and social workers. ACA volunteers also assisted in various disasters in previous years, including in the aftermath of Hurricane Katrina and the 2016 flooding in Missouri.

From natural disasters to terrorist attacks, communities across the nation can experience catastrophic events that shake the population to its very core. And although physical damage may be extreme, the unforeseen emotional and mental toll can be equally as high. In counseling, it is important for professionals to not only be able to address the trauma of individuals but also to be able to respond appropriately to disasters that affect entire communities.

The emotional impact of catastrophic events

Whereas some traumatic events may affect only a single person, large-scale events can impact a community, geographic location or the nation as a whole. Although these kinds of events often leave behind victims with physical wounds, less apparent emotional scars also can emerge.

When something affects a large group, it can be difficult to ensure that everyone who needs help finds it. Sometimes, the emotional impact of such an event is easily identifiable, but other times, the results are not as clear, particularly when a wide range of people were affected by the event in different ways. The American Academy of Experts in Traumatic Stress reported that indicators that suggest a person may need trauma support include:

The organization noted that people directly affected by the trauma are not always the only ones who may need some kind of emotional support. Emergency responders also may experience Post-Traumatic Stress Disorder or other negative emotional responses to the event. Simply being around a disaster can be traumatic, even if the person is intentionally there trying to help. 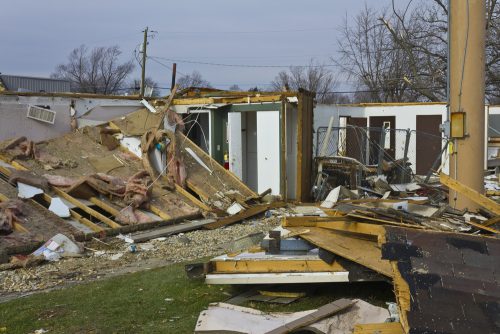 Counseling in the wake of trauma

Although counseling following a traumatic event impacting a community is similar to working with a single client who has experienced trauma, the strategy is not entirely the same. For instance, counselors often will be the person who initiates contact, rather than waiting for a client to schedule an appointment. Michael Dubi, an ACA member who also runs a private practice, told the ACA about a time when he arrived on the scene of a fire and found an elderly woman watching all her earthly possessions burn to the ground. The woman could not move or speak. Dubi initiated communication with her and eventually was able to get her to make eye contact and then talk.

In this case, Dubi could not treat her like any other client who had experienced a past trauma because the incident was still too fresh. Also, trauma or crises interventions never constitute counseling. This scenario is one many counselors who respond to the scene of a major disaster may encounter.

“You can’t do therapy with someone who’s just been traumatized,” Dubi said. “Therapy is [only] part of the process, and it’s not the first part. … People who are trained in disaster work know enough not to do therapy at the disaster site. You don’t do that — [you] get the people what they need right now.”
Dubi further emphasized that the first priority of trauma counseling should be to help the client regain a sense of safety. Counselors then can focus on helping the person to begin functioning normally.

“Traditional counseling focuses on setting goals and providing interventions for clients for change,” Jane Webber, a major contributor to Terrorism, Trauma and Tragedies: A Counselor’s Guide to Preparing and Responding, told the ACA. “Disaster mental health counseling is an ecological and solution-focused approach that does not serve to change what is working. It draws on the strengths of individuals and collectively in the community to regroup and return to normal functioning. This is a practical, common-sense approach that is interconnected with the community support. ‘Neighbor helping neighbor’ may be the most effective approach to disaster recovery.”

She added that further disaster and crisis counseling can then help to provide “safety, stabilization, self-care and coping skills.”

If a counselor is interested in helping in his or her community after a disaster, the ACA suggests contacting the local Community Emergency Response Team. The group will likely know the best ways that counselors can help in the wake of an emergency.