Five ways a doctoral degree in nursing can transform your career 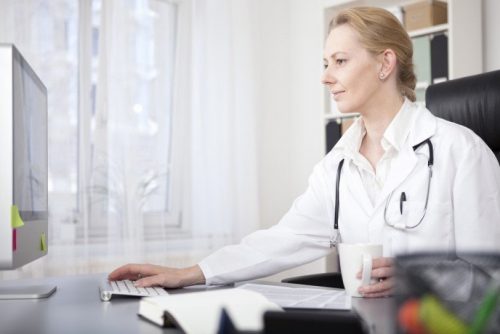 Nursing is a diverse career path with numerous opportunities for growth. Whether you have been practicing for a few months or a few decades, it is never too early — or late — to think about your professional future and the direction you want it to take.

Academic credentials are critical in shaping the trajectory of your career. Hospitals and other health care organizations across the nation are encouraging education as they strive toward the Institute of Medicine’s goal of achieving an 80 percent Bachelor of Science-accredited nursing workforce by 2020. As the Bachelor of Science in Nursing (BSN) degree becomes more necessary for entry-level positions, higher degrees also are being pursued by a growing number of nursing professionals.

The Doctor of Nursing Practice (DNP) is a strategic choice for individuals who wish to pursue an advanced position in nursing. This clinically focused terminal degree educates professionals in topics related to both patient care and health care administration, helping graduates to pursue leadership roles in their organization.

If you are ready to take your career to the next level, enrolling in the Bradley University’s DNP degree program could be the right next step. Earning a doctorate can transform your career in a number of ways.

One of the major benefits of earning a DNP is that the degree can qualify you for a variety of different positions that are not available to nurses who only have Associate Degree in Nursing (ADN) or BSN degrees. Whether you are interested in pursuing a clinical leadership, academic or administrative role, a doctorate can equip you with the skills and knowledge you need to fulfill the requirements for a variety of nursing positions.

Common careers pursued by nurses who complete a DNP degree include the following:

These types of positions held by professionals with a DNP take place in a variety of health care settings, including hospitals, private care facilities, academic institutions and more.

In addition to increasing the number of different job titles you qualify for, a DNP also can improve your career outlook based on the fact that these positions are in high demand. Though need for registered nurses (RNs), in general, is on the rise, the demand for advanced practice nurses is increasing at an even more rapid rate. According to the Bureau of Labor Statistics (BLS), jobs for advanced practice nurses — which include roles such as nurse practitioner that require a higher degree — are expected to increase by 31 percent between 2014 to 2024. This number is nearly double the demand for RNs, which is expected to increase by 16 percent over the same time period, a number that is nonetheless much faster than the average across all industries in the U.S.

Several decades ago, a BSN degree was enough to set a nurse apart from the competition. As recent as 2002, only 45 percent of nurses earned a BSN, the Robert Wood Johnson Foundation reported, as opposed to the 55 percent who earned ADN degrees. That number of BSN-qualified nurses continued to rise until the distribution of the two degrees tipped in 2011, when the bachelor’s surpassed the ADN degree for the first time. Since then, the BSN has become the norm for new nurses.

Though a BSN degree was enough to qualify nurses for leadership positions at one time, professionals who want to take on advanced roles are now earning master’s and doctoral degrees. While not every leadership position requires a higher degree, earning one helps set nurses apart from the competition when applying for a new job or promotion.

As more nurses earn bachelor’s and even master’s degrees, you can remain competitive with a DNP. According to the American Association of Critical-Care Nurses (AACN), fewer than 5,000 nurses graduated with a DNP degree in 2016. That same year, The Atlantic reported that there were about 3 million practicing nurses in the U.S. Though the number of students pursuing a DNP degree is on the rise, candidates who hold a doctorate remain a minority in the nursing field, which adds to the value of the degree in terms of workplace advancement. 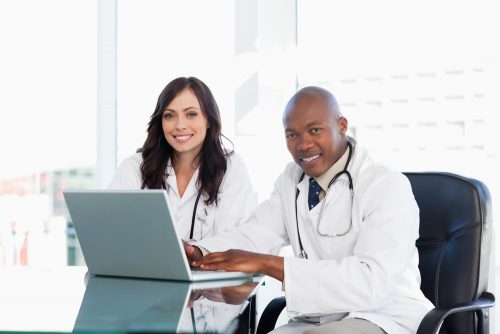 Earning a DNP degree is a financial investment in your career that can pay dividends, particularly if you are starting with an ADN or BSN degree. According to the BLS, the mean salary of an advanced practice nurse was $104,740 in 2015. This amount is nearly a $40,000 increase as compared to the average salary of an RN the same year, which the BLS reported was $67,490.

Though a master’s can qualify you for some advanced nursing roles, a DNP still can increase your earning potential. For example, according to a survey by ADVANCE Healthcare Network, of the professionals who work as a nurse practitioner, those with a DNP degree earn the highest annual salaries.

4. Stay up to date on the latest developments

Nursing — and the health care field in general — is changing at a rapid pace. Clinical technology and best practices are constantly evolving as science advances. These evolving best practices is particularly prevalent in the area of evidence-based clinical practices, which can have a significant impact on treatment and outcomes.

It is important to stay up to date with new changes to provide the best possible patient care. One way to do so is to pursue a DNP. In the degree program, you will specifically explore evidence-based practices in nursing, including the theories that relate to the collection of evidence and utilization of research.

While an MSN degree focuses primarily on clinical practice, the length of the DNP program allows for additional coursework dedicated to better understanding the planning and decision-making that goes into these methods.

5. Advance in the field

Though the DNP can be a valuable tool if you want to pursue a position that is different than the one in which you currently work, the degree also can be helpful if you want to advance within your role without changing career paths. According to a survey by Ann Kriebel-Gasparro, DrNP, MSN, FNP-BC, GNP-BC, for ADVANCE Healthcare Network, 50 percent of the 142 respondents from across the U.S. were able to advance in their current position after earning a DNP degree.

An additional 64 percent of respondents reported that the degree helped them to advance to a leadership position in their workplace. Whether you want to lead in your current organization as a nurse manager, influence the future generation of nurses as an educator or lead patient care as a nurse practitioner, a DNP can equip you with the skills and experience you may need to succeed.

If you want to transform your nursing career through a doctoral degree, consider enrolling in Bradley University’s online DNP program. The DNP–Family Nurse Practitioner track and DNP–Leadership track specifically are designed to be completed online at the time and place of your choosing, helping to prepare you for an advanced nursing role in the manner which is most convenient for you.

Recommended reading:
How to manage the costs of a DNP program
Pursuing a graduate degree after years away from school: Helpful tips
Time management advice for students in a DNP program