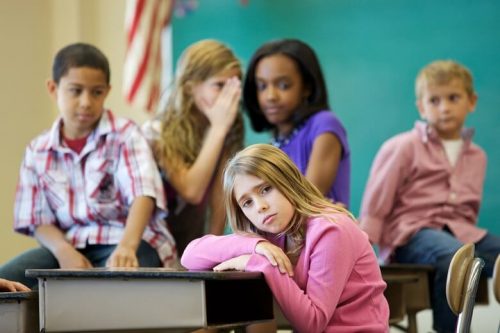 Bullying is something most counselors, especially those who work in schools, are familiar with. Teasing, name-calling, put-downs and even aggressive bullying behavior that leads to physical or mental harm have always been around. Yet bullying has been affected in large ways by the rise of technology — and not in a good way.

Cyberbullying — as it is called when a person is harassed through online accounts or social media — has amplified the scale and scope of the existing problem. This is a world where young people spend ever-increasing amounts of time online: A 2015 census from nonprofit Common Sense Media found “tweens” (ages 8-12) averaged six hours of online media consumption a day, while teenagers (13-18) were even more plugged in, with nine hours. The level of anonymity afforded on the internet also encourages cyberbullying. Online bullies torment other users or peers with posts designed to provoke or harm. The barriers to bullying, in many cases, have been lowered by the internet.

Whether bullying occurs in the schoolyard or in a forum, the event (and any continued deliberate harassment) can be life-changing for impressionable or vulnerable youth. Counselors who see individuals with these experiences can have a big impact in helping clients recover and cope. It’s key that counselors understand the facilitating and magnifying role of the internet when addressing cyberbullying. Here’s what professionals with a Master of Arts in Counseling or those who plan to pursue a career in counseling should know:

One in three students experiences cyberbullying, often through social media

Bullying can range from general taunting or teasing to physical confrontations and attempts to intentionally degrade a person’s well-being. A 2015 U.S. Centers for Disease Control and Prevention survey found 20 percent of responding students had been bullied on school property within the previous 12 months. What’s more, bullying can happen without the primary instigator even recognizing that their actions have had a negative effect on someone else.
Ditch the Label, a United Kingdom-based organization, found in its 2017 anti-bullying report that of kids (majority 12-15 years old):

Despite these responses, just 12 percent thought they had ever bullied someone. The rise of online culture has further fed this opacity: what does and does not constitute online bullying?

According to the Cyberbullying Research Center (CRC), cyberbullying “is when someone repeatedly and intentionally harasses, mistreats, or makes fun of another person online or while using cell phones or other electronic devices” and approximately 34 percent of U.S. students experience it in their lifetimes. The rate of incidence has nearly doubled since 2007. CRC data collected from 20,000 students since 2002 found 18.8 percent were victims of cyberbullying in 2007 — in 2016 that number was 33.8 percent.

Some of the most commonly cited ways in which students were cyberbullied include: mean and hurtful online comments, rumors being started and spread, and threats of physical harm. Similar to the Ditch the Label survey, the CRC found 12 percent of U.S. students admitted to cyberbullying someone.

A prime avenue through which cyberbullying occurs is social media. In many cases, these platforms can have the opposite desired effect of uniting peers, and instead be weaponized as a means to harass and bully others. In the Ditch the Label study:

While cyberbullying often takes the same form when experienced online, there are other specific ways in which it might manifest. Not only did U.K. students say people have posed as them online (18 percent) or that their private information was shared unwillingly (24 percent), but many had videos or photos posted of them that they did not want (41 percent).

The complexity of cyberbullying could lead to more intense effects for victims. In the Ditch the Label study:

Respondents who had experienced cyberbullying were also slightly more likely to abuse drugs and/or alcohol, or develop an eating disorder. Though this data alone does not declare cyberbullying more dangerous than other types of bullying, it does indicate the challenge counselors face when seeing clients who’ve had such experiences. Still, there are strategies and methods counselors can use to help bullied youth express themselves, overcome bullying and find other avenues of help. 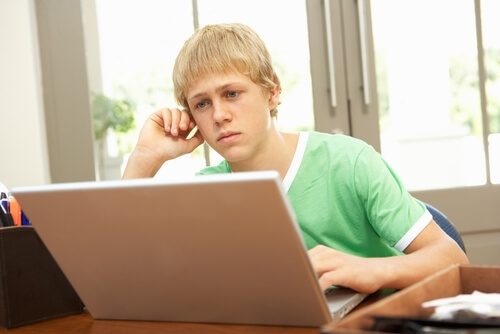 One of the main challenges that counselors must contend with in treating clients who’ve been cyberbullied is the fact victims may be reluctant to speak out. In an article — “Cyberbullying: Resources for Intervention and Prevention” — published in the Universal Journal of Educational Research, authors wrote that: “[Cyberbullying victims] generally do not seek help because of fear of reprisal, embarrassment, or because they assume adults will not act. Some try to avoid the situation which may stop a particular incident but does little to protect them long-term or discourage the cyberbully.”

Because bullying can be treated as a ritual of youth and brushed aside, counselors should work to improve their openness and accessibility to encourage students to speak out. The real, sometimes deadly consequences of cyberbullying are becoming increasingly known: witness the long list of suicides attributed to cyberbullying that have been profiled by local and national media.

When a student comes in for help, counselors should be prepared with resources. Some of those steps recommended by the authors of the Universal Journal of Educational Research article include: sharing suicide hotline numbers, escalating to proper administrative or law enforcement authorities, or having information on programs (like those run by the Anti-Defamation League).

Schools need to plan for cyberbullying

Being that most victims experience cyberbullying in school, academic leaders and counselors need to step up to tackle the problem and develop protocols and processes for dealing with reports, victims and offenders. In a reference guide published in VISTAS Online — the digital publication of the American Counseling Association (ACA) — it was suggested that counselors help spearhead school initiatives to:

Parents need to be involved to help and mitigate

Whenever dealing with counseling issues that affect children, it’s often necessary to involve parents. This is no different when addressing cyberbullying, as parents have a large role to play outside of school, when cyberbullying is most likely to occur. It’s, however, equally important to consider a parent’s reaction to knowledge that their child is being cyberbullied and plan for it.

Having a conversation with parents on the subject of cyberbullying is a valuable opportunity to recommend steps they can take at home to protect and support their child, like installing web filters and watching for signs of withdrawal or depression in their children. Such a discussion can also be a forum for counseling the parents, helping them come to terms with the reality of cyberbullying and what an appropriate response for them is. Parents, when faced with such knowledge, may be angered or want to seek reprisal for the damage done to their children. Counselors can help parents exercise reason and understanding when focusing on how to help their child.

Let’s not forget the cyberbullies

Some bullies may have been pressured to do so because they wanted to fit in: being bullied into being a bully. The often-fraught and emotional relationships of children can be complex, and bullies may be just as misunderstood or having as rough a time as victims. To help address this, counselors can work with bullies on anger management skills and self-confidence, the ACA said.

Because it’s a relatively new phenomenon, there isn’t much uniformity in standards on how to treat cyberbullying. However, it’s likely to become a bigger factor as youth increasingly live online and experience harassment or threats. As a new generation of counselors graduate and work in schools, they’ll be on the front lines of developing approaches toward cyberbullying and helping students cope or recover.

Considering the scope and complexity of cyberbullying, having a well-rounded education will be of great importance. Professionals seeking to advance the national response and reaction to cyberbullying can consider earning their online Master of Arts in Counseling from Bradley University. For more information, contact us today.

The Positive Impact School Counselors Can Have on Students