Why FNPs Are a Good Fit for Underserved Communities 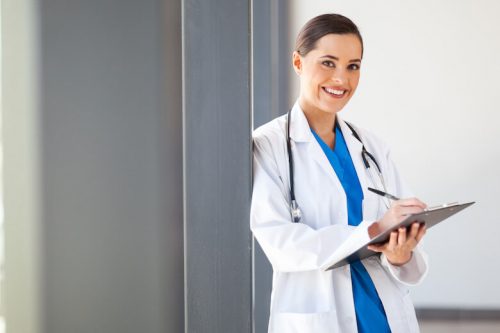 A primary care shortage is causing problems and resource gaps across the nation’s health care landscape, particularly in rural and underserved communities. Limited access to primary care resources and a shortage of licensed health practitioners can exacerbate the challenges populations in these communities face.

In 2020, the Health Resources and Services Administration (HRSA) — part of the Department of Health and Human Services (HHS) — estimated more than 82 million Americans lived in an officially designated health professional shortage area (HSPA).

Ensuring rural and underserved patients have efficient and cost-effective access to primary care is of great importance to the nation’s population health. And family nurse practitioners (FNPs) have a potentially crucial part to play in delivering high-quality primary care and health education to those who need it most.

The FNP role is broad, but also dovetails nicely with the emerging care needs of rural and underserved communities. As advanced practice registered nurses (APRNs), FNPs are educated to provide primary care, make diagnoses and prescribe medications. Also, state law may grant them full practice authority, which is the ability to practice without direct physician oversight.

Together, the clinical competencies of an FNP and the extension of full practice authority are powerful tools in providing rural and underserved communities with the primary care resources they need. Let’s take a closer look at the FNP role, how FNPs can help battle care access challenges and what education you’ll need to become an FNP.

What Is an FNP?

A family nurse practitioner is a specialized nurse practitioner (NP) who is certified to deliver care to patients of all ages across their lifespans. On a regular day, an FNP may see and treat an infant, expectant parents, a teenager and a retired couple. As such, they have a wide range of clinical job responsibilities, which may range from conducting routine health assessments and prescribing cholesterol medication to a middle-aged patient to talking with patients about disease prevention.

Family practice is a popular career field. Of NPs prepared in primary care, nearly 66% were certified FNPs in 2019, according to the American Association of Nurse Practitioners (AANP).

Given their extensive education and preparation, FNPs are employed across diverse work settings, including hospitals, nurse education and health systems. A large number of FNPs are employed in physician’s offices or work in independent practice. This is important to meeting the care needs of rural and underserved populations because some states allow FNPs to perform their clinical duties without direct supervision or instruction from a physician. This oversight requirement — which we’ll discuss more later — can complicate care delivery and access for rural and underserved patient populations.

What Is an FNP’s Scope of Practice?

To understand why the FNP role is such an effective resource in combating care gaps, let’s examine their scope of practice. As NPs, these health care professionals are educated and experienced in many core nursing disciplines. Typically, an FNP either holds a Master of Science in Nursing (MSN), which is the standard for licensure as an APRN, or they’ve earned a Doctor of Nursing Practice (DNP).

This level of preparation ensures that certified FNPs are qualified and skilled to:

That last competency is especially important. FNPs, and NPs in general, are differentiated by their approach to holistic care. Not only do they treat conditions, but they also talk to patients and their families about disease prevention, healthy lifestyle choices and other topics relevant to a patient’s well-being. NPs might also act as health care researchers, interdisciplinary consultants and patient advocates.

Prescriptive authority is another differentiator for FNPs and NPs. According to the AANP, nurse practitioners hold prescriptive authority in 2020, including controlled substances, in all 50 states plus the District of Columbia. Nearly 96% of NPs prescribe medications. Those in full-time practice write 20 prescriptions a day, on average.

As we’ll see, these characteristics and abilities of the FNP role are crucial in meeting the care needs of rural and underserved populations.

Trends across the health care landscape are making it harder for rural and underserved patient populations to find the efficient, cost-effective care they require. The most influential factors include:

Rural and underserved communities are poised to bear the brunt of these challenges if the health care industry cannot find solutions. More than 82 million Americans live in a health professional shortage area; another 14 million live in a location designated as a medically underserved area (MUA).

Additionally, the HRSA tracks medically underserved populations (MUPs), of which there were 4 million in 2020. Common groups of MUPs include:

HRSA data shows the majority of such populations typically live in rural or partially rural areas, especially those with limited income.

FNPs in Rural and Underserved Communities

The FNP role has been a critical asset in addressing the challenges of making quality, cost-effective primary care available to rural and underserved populations. They’ve risen to the call, as evidenced by a 2018 study published in the journal Health Affairs. In 2008, NPs made up 17.6% of primary care providers in rural areas. By 2018, NPs had risen to constitute more than a quarter (25.2%) of all such providers.

FNPs and other NPs employed in rural areas may be among the only primary care providers available for miles. They may also travel around rural populations or deliver telehealth services to meet those needs. This makes them a focal point for care demand, meaning rural NPs never lack work.

A 2018 study published in the journal Medical Care Research and Review found:

On average, NPs in rural areas were more likely than their counterparts in urban areas to have hospital admitting privileges, work in more than one practice location and work more hours per week.

Despite the workload, rural NPs were by and large more satisfied with their jobs and the community services they provide than NPs in urban locations:

Rural NPs were also more likely to agree that their education and skills were being fully utilized in their positions, while 87.5% of urban NPs said the same, versus NPs in large (90.3%), small (89%) and isolated (92.3%) rural areas. 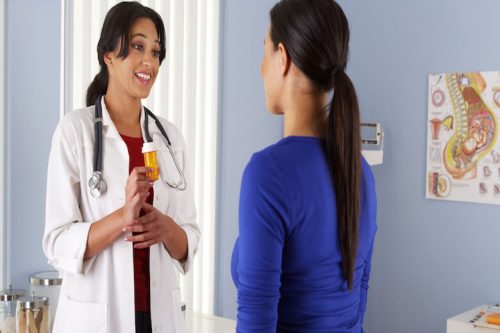 Providing full practice authority to NPs and FNPs is a major component to ensuring rural and underserved populations get the care they need. The extension of practice authority has become a flashpoint in the health care community, as a growing movement calls for states to give nurses more latitude in meeting care needs by removing or reducing physician oversight rules.

State nursing boards decide to what extent nurses licensed in the state can practice. Some allow FNPs to perform duties across their scope of practice without physician supervision, but others require more burdensome arrangements and have more red tape. The autonomy granted through full practice authority has the potential to empower FNPs to meet the primary care needs of those in medically underserved areas or populations more effectively, along with those in locations experiencing a health professional shortage.

However, just a quarter of NPs in large and isolated rural areas worked in a state without physician oversight, and under 20% of those in small rural areas were in a similar position, as noted in a 2018 study by the Medical Care Research and Review.

As of 2020, states and territories have the following levels of authority:

According to HRSA data, the states with the highest number of HSPAs are Texas, California, Arkansas, Missouri and Florida. All reduce or restrict full practice authority of NPs in some way.

A 2018 study and analysis of literature published in the journal Healthcare argued expanding practice laws could mitigate primary care provider shortages and lead to other benefits, particularly for rural communities.

“Restrictions on (APRNs’) scope of practice were associated with up to 40% fewer primary care nurse practitioners (PCARNPs) in states with restricted APRN practice environment(s) compared to their full practice counterparts,” the authors wrote. “These practice restrictions may contribute to limitations in access to primary health care services and perpetuate rural health disparities. Relaxing restrictions on APRN scope of practice may also expand the capacity of primary care services in rural areas.”

How to Become an FNP

Are you motivated to help deliver high-quality primary care to families in rural or underserved areas? FNP may be your calling for a rewarding and fulfilling career. If you’re interested, it’s important to be aware of the steps to becoming a licensed FNP.

Broadly, the steps break down to:

Complete Your FNP-Focused Degree at Bradley

When mapping out your career path to practicing as an FNP, consider earning your graduate degree at Bradley University. While an MSN is required for licensure, a DNP can provide further skills, knowledge and education to ensure you are prepared at the highest level of nursing practice.

And at Bradley, we offer both MSN and DNP online degree programs specifically constructed to prepare nurses for FNP certification:

The curricula for both programs is specially formulated to prepare students in the principles of FNP practice, covering subjects such as gerontology, acute and chronic conditions across the lifetime, advanced pharmacology and ethics of advanced practice.

Want to learn more about the online MSN-FNP or DNP-FNP programs from Bradley and how they can help you in your career? Contact an enrollment advisor today.

FNP or PA: How to decide between these two options

What’s The Difference Between an FNP vs. ACNP?