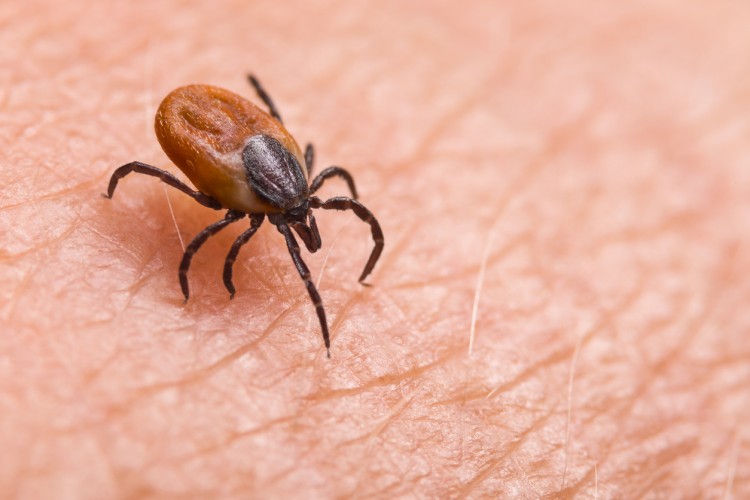 As future nurse practitioners (NPs) prepare for careers focused on treating patients, they need to know how to detect and prevent patients from being infected from various diseases. For example, by educating patients about the causes, symptoms, and treatment of Lyme disease, nursing practitioners can help reduce its spread.

Using commercial insurance claims data, the Centers for Disease Control and Prevention (CDC) estimates approximately 476,000 Americans were diagnosed with and treated for Lyme disease between 2010 and 2018. While the CDC notes the need for more accurate diagnosis, the numbers provide a glimpse into the frequency of Lyme disease and the importance of improving prevention.

What Is Lyme Disease?

For humans, the potential chronic and long-term effects of Lyme disease include fatigue, pain, insomnia, muscle aches, mental fog, and depression — these can persist for years. Lyme disease is also a fairly common canine disease. Dogs often experience fever, loss of appetite, reduced energy, lameness, stiffness, and swelling of joints. Lyme disease in dogs can sometimes cause kidney failure and cardiac and neurological effects, according to the American Kennel Club.

Lyme Disease in the U.S.

To understand the rapid increase of Lyme disease throughout the country, it’s important to know what causes Lyme disease and where it’s most prevalent. People with Lyme disease can get a rash in the pattern of a bull’s-eye, feel ill with flu-like symptoms, and experience joint pain. Long-term effects of Lyme disease can include neurological problems, chronic joint inflammation, and irregular heartbeat.

Based on the CDC’s Lyme disease map data for 2019, the condition has been most prevalent in Connecticut, Delaware, Maine, Maryland, and Massachusetts. Lyme disease is far outpacing other infectious diseases in the U.S, with 618% more cases than West Nile virus, hepatitis B, and hepatitis C combined, according to the Global Lyme Alliance.

The following resources can help individuals learn about the fundamentals of the condition, including what causes Lyme disease:

The Causes and Risk Factors of Lyme Disease

Lyme disease is more common from mid-spring to mid-fall because it’s when people in some of the most affected regions often enjoy outdoor activities. In the U.S., the regions with the highest number of incidents include the Northeast and mid-Atlantic, as well as Midwest states like Minnesota and Wisconsin.

Ticks carrying Lyme disease thrive in wooded or grassy areas, so hikers and campers are among those at most risk, along with those whose jobs involve working outdoors. These include geographers, landscape architects, environmental engineers, wildlife biologists, farmers, and ranchers.

In colder weather, people expose less skin. However, when the weather allows, people are more likely to wear clothing that exposes more skin. While walking in tall grass, ticks can attach themselves to a person’s skin or to a section of clothing first, before traveling to an area where the skin is exposed.

Not all tick bites lead to infection, but the odds of getting the disease increase the longer the tick remains attached to the skin. Identifying the presence of a tick is a critical step in avoiding Lyme disease, but removing a tick can be tricky. Folk remedies such as using nail polish, petroleum jelly, or a hot match can actually cause the tick to burrow deeper into the skin. These methods are ineffective and can cause more harm than good.

According to the CDC, effective tick removal requires a tool such as fine-tipped tweezers, which allow you to grasp the tick as close to the skin as possible. Here are recommended steps you should take when removing and disposing of a tick:

What Are the Symptoms of Lyme Disease?

The symptoms of Lyme disease vary and often resemble the symptoms of other conditions, such as rheumatoid arthritis (RA), chronic fatigue syndrome, fibromyalgia, multiple sclerosis, and depression, according to WebMD. For example, a common symptom for RA and Lyme disease is joint stiffness. A doctor or a nurse practitioner can determine whether a patient has RA or Lyme disease with a blood test to look for antibodies.

It’s important to recognize the symptoms of Lyme disease as early as possible, as it can pose a serious health threat. Early symptoms include rash, body aches, or swollen lymph nodes. Common symptoms of untreated Lyme disease in later stages include the following:

Learn more about the symptoms of Lyme disease.

Nurses can use these resources to educate patients about what causes Lyme disease and find information about risk factors and symptoms. Ultimately, though, they should consult the advice of medical and nursing professionals to overcome the challenges of the disease.

These are the steps medical professionals take for patients with Lyme disease:

Standard therapies for Lyme disease involve a course of antibiotics over several weeks, most commonly, doxycycline. However, there are instances in which the infection appears resistant to antibiotics. For example, Borrelia burgdorferi is a bacterium in Lyme diseases responsible for stimulating an inflammatory response in patients, and it has been found to be tolerant to certain drugs. But according to Medical News Today, a new treatment shows a compound known as azlocillin could kill the drug-tolerant bacterium.

Another promising development in the treatment of Lyme disease is the development of a new vaccine, which is a preventive treatment that could potentially be available in about two years.

Before treating Lyme disease, it’s important to get a diagnosis. The following resources provide information about Lyme disease and how to treat it.

NPs can teach individuals and communities to protect themselves from Lyme disease by taking a proactive approach to prevention. When enjoying the outdoors, personal protection strategies include wearing shoes, socks, long pants, and shirts with long sleeves. Also, since ticks stand out against light backgrounds because they’re dark, wearing light-colored clothing is recommended.

Other recommendations include the following: