Understanding the challenges of diagnosing fibromyalgia: A guide for NPs 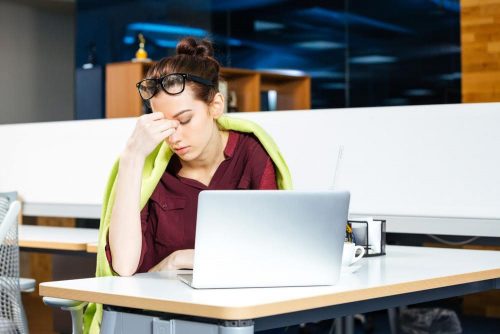 Fibromyalgia is a medical condition underscored by fatigue and varying degrees of widespread musculoskeletal pain, as well as symptoms pertaining to mental health such as depression. Scientists have yet to uncover a definitive cause for the illness. As pointed out by researchers Erica Briones-Vozmediano et al., in a study published by the U.S. National Library of Medicine, fibromyalgia is a frustrating condition to manage, with both health care providers and patients often struggling to find effective courses of action for satisfactory treatment.

Consequently, it is important for all health care professionals, including nurse practitioners (NPs), to learn as much as possible about this complex condition in order to provide the very best support for patients.

A closer look at fibromyalgia

As shared in a fact sheet published by the Mayo Clinic, the primary symptom of fibromyalgia is chronic musculoskeletal pain, which patients typically experience throughout their body. In addition to severe pain, individuals often complain of other symptoms such as persistent fatigue and trouble sleeping, as well as feelings of anger, stress or depression. Problems with memory are also common; patients can experience symptoms that worsen over a period of days before improving. This cycle often is repeated. In a guide to the condition published by the U.S. National Institute of Arthritis and Musculoskeletal and Skin Diseases (NIAMS) reported around 5 million American adults experience the illness.

Researchers have yet to isolate a cause of the illness, although many suggest that the condition is a corollary of a disorder involving the processing of pain signals by the brain. Furthermore, medical professionals have observed that symptoms tend to occur after certain triggering events, such as experiencing other chronic illnesses, a traumatic injury, surgery and episodes of poor mental health or extreme stress or depression.

Certain factors also can increase one’s risk for developing fibromyalgia. Family history, for example, is a risk factor, as is having another chronic condition such as osteoarthritis. Women are also statistically more likely to develop the illness than men — as noted in the NIAMS fact sheet, a vast majority of cases, some 80–90 percent, involve women.

Why is fibromyalgia so debilitating?

Fibromyalgia is often debilitating due to pain that can interfere with a patient’s life. For example, many individuals report trouble sleeping, which can lead to exhaustion and fatigue.

Feeling tired and in pain on a routine basis also can negatively impact mental health, leading to issues such as depression. Additionally, it is not uncommon for individuals with fibromyalgia to report problems with interpersonal relationships. A press release from the American Association of Nurse Practitioners (AANP) reported on a survey of fibromyalgia patients, who described the effects of fibromyalgia pain on their daily lives. Through the survey, “Functioning with Fibro,” the researchers uncovered that around 54 percent of respondents had experienced friendship problems due to the toll of their condition, and a large majority of respondents — around 70 percent — had experienced problems with romantic intimacy caused by their fibromyalgia pain.

Why is fibromyalgia difficult to diagnose?

While there are many treatments and management techniques for fibromyalgia, the condition is notoriously difficult to diagnose. As explained by Briones-Vozmediano et al., in a study of both patient and medical professional views on the disease, there is currently no standardized treatment protocol for fibromyalgia, namely due to the fact that symptoms can vary widely between patients.

Furthermore, the reality that fibromyalgia still has no known definitive cause means that health care professionals, including NPs, often are unsure of whether or not a patient is, in fact, experiencing fibromyalgia. While many medical conditions can be diagnosed with concrete evidence — an X-ray or test results — no such benchmarks exist when it comes to identifying fibromyalgia. As a corollary, many NPs are reticent to misdiagnose or over diagnose fibromyalgia, especially given that many of the symptoms are indicative of other conditions.

A study from researchers Linda Hughes et al., published in the journal Orthopaedic Nursing, focused on the extent of knowledge and diagnostic abilities pertaining to fibromyalgia among a group of 66 NPs. The results found that an overwhelming majority — roughly 95 percent — had experienced problems making an accurate diagnosis of fibromyalgia. Researchers in this study also found that many of the respondents — some 76 percent — had to find the time to learn more about the condition on their own. Hughes et al. concluded their investigation by underscoring the need for NPs to receive more comprehensive education on the disease.

Briones-Vozmediano et al. explained that the difficulties health care professionals face in making a fibromyalgia diagnosis often culminates in frustration from patients, as it often means that considerable time passes before an accurate assessment of the situation is delivered. 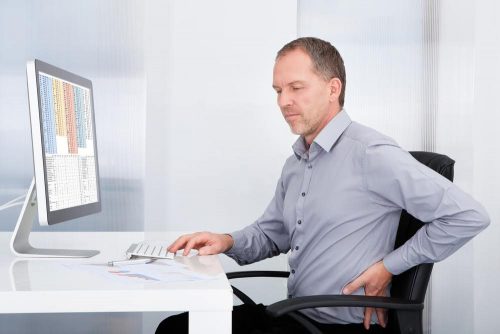 Despite widespread difficulty accurately diagnosing fibromyalgia, medical professionals, including NPs, can support patients living with fibromyalgia in a number of ways. This support is rendered more effective when fibromyalgia patients and health care providers communicate effectively to tailor a treatment plan that best suits each patient. The need for more effective intervention from health care professionals when it comes to supporting patients with fibromyalgia was made apparent in the aforementioned “Functioning with Fibro” survey, National Fibromyalgia & Chronic Pain Association (NFMCPA) president Jan Chambers told AANP. She detailed how treatment plans that focus on making lifestyles adjustments in a bid to manage pain particularly are effective at helping patients.

Researchers Lesley M. Arnold and Daniel J. Clauw et al., in collaboration on a Pfizer sponsored initiative, known as FibroCollaborative, devised a framework that health care providers can utilize to best treat patients with the disease. Some of the most important steps mentioned in the framework, that primary care providers are encouraged to use when treating patients with fibromyalgia, are as follows:

If you are eager to assume a more active position in helping patients with fibromyalgia, as well as a range of other medical conditions, consider transitioning your career by becoming a family nurse practitioner. Your first step on the road to this exciting career change is an application to Bradley University’s online Master of Science in Nursing – Family Nurse Practitioner (MSN-FNP) program. Designed to help you study at a time that best suits your schedule, the MSN-FNP coursework and practicums can be completed from wherever you are.