The Benefits of Trauma Counseling After an Act of Terror 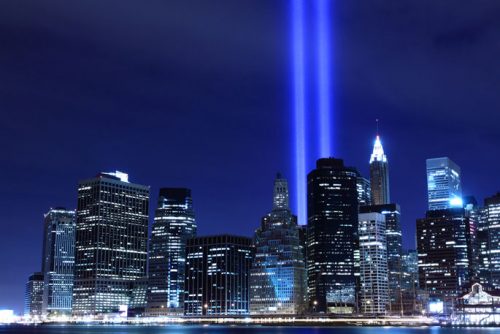 Twenty years after the 9/11 terror attacks, their effects are still being felt. Then-President George W. Bush launched a global effort to prevent another attack. The war on terror included invading Afghanistan in 2001; the last American troops left in 2021, making the war in Afghanistan the longest in American history.

However, while that campaign focused on foreign threats, terrorism was and remains far more complex. According to the Institute for Economics and Peace (IEP), the U.S. ranked 30th in the Global Terrorism Index 2020. At this point, the fight against terrorism appears to be far from over.

Acts of terrorism affect not only those individuals who are directly involved in an event but also those who experience it secondhand through their impact on loved ones or coverage in the media. To process these acts of terror and move forward without living in fear, many people employ the services of a counselor. Trauma counseling can be helpful whether clients are dealing with post-traumatic stress disorder or simply need someone to talk to in order to process their emotions.

As a counselor, you can play an important role in helping clients who have in some way experienced acts of terror. To help them process the events effectively, it is important to first understand terrorism and the emotions it can trigger.

What Is an Act of Terror?

According to the FBI, an act of terror involves the breaking of state or federal laws in a way that intentionally causes violence or danger to human life in order to coerce or intimidate a population of civilians or the policy or conduct of the government. Terrorism can be either domestic or international.

Acts of terror can affect a variety of people, based on their nature, location, and impact. Those individuals affected can include people who have been impacted by a previous event, those who witnessed or experienced the event directly, and those exposed to the trauma through an acquaintance who was personally impacted or through media coverage.

The FBI reported that typical reactions to a traumatic disaster — such as an act of terror — include the following:

Because the very purpose of acts of terrorism is to instill a sense of fear or helplessness in a population, the acts often can have more of an emotional or a mental impact than a bodily one, even if physical violence is involved. Post-traumatic stress disorder is common among those who have been directly involved in an act of terror.

What Is Post-Traumatic Stress Disorder?

Post-traumatic stress disorder (PTSD) is a psychiatric condition that affects roughly 6% of the American population. According to the fifth edition of the American Psychiatric Association’s Diagnostic and Statistical Manual of Mental Disorders, Fifth Edition (DSM-5), to be diagnosed with PTSD, a patient must have been exposed to a traumatic event that meets specific stipulations and exhibit symptoms from four categories: avoidance, changes in reactivity and arousal, intrusion, and negative changes in mood and cognition.

Approximately 15 million adults have post-traumatic stress disorder in a given year. It is not uncommon for PTSD to occur with other conditions, such as depression, or other mental health issues. Substance abuse may also trigger PTSD symptoms. Those with PTSD should seek the help of a mental health professional for trauma counseling.

When it comes to helping a client who has been affected by an act of terrorism, counselors use similar strategies as they would for anyone who is experiencing some form of trauma-induced stress.

The FBI created a list of practical tips for helping survivors of traumatic disasters based on the recommendations of individuals who had gone through a similar experience. These suggestions include the following:

The American Psychological Association additionally recommends identifying emotions and accepting them as normal, continuing to take part in activities that you enjoyed in the past, learning about the measures that the government and other agencies are taking to combat terrorism and ensure the safety of the population, and limiting the amount of time that you follow media coverage.

Adults are not the only people who are affected by acts of terror. Children are also impacted, sometimes in ways that are more traumatic than what is experienced by their parents. Post-traumatic stress in children can develop from an assault, an abuse, or another unsettling event. While people of all ages may experience the same event, as a counselor, you will need to approach the event in different ways when helping younger clients.

Knowing how to respond appropriately is especially important if you are working as a school counselor. Many organizations have created guides for this specific purpose. For example, a paper by the Education Resources Information Center, originally published in 2002, shortly after the 9/11 terrorist attacks in the U.S., recommended a seven-step adapted family debriefing model for use in U.S. schools that involved the following:

The American School Counselor Association (ASCA) recommended keeping children’s routines as normal as possible to give a sense of security. Limit their access to the internet, television, and the news, but be honest with them if they ask a question about something they happened to see. Each child will be able to handle a different amount of information, but it is important to be truthful in answering questions when you are listening to the child’s fears and concerns that have resulted from the incident. ASCA also emphasized the importance of reassuring children that while there are people in the world who do bad things, it is a good place overall.

Post-traumatic stress in children is best handled with patience and understanding. Not unlike an adult, a child will need time to process an act of terror. Your role as a trauma counselor will be to help them move forward.

Pursuing an online Master of Arts in Counseling at Bradley University can help give you the expertise to help adults and children recover from acts of terror and other traumatic events. With degree paths in Clinical Mental Health Counseling and Professional School Counseling, Bradley’s program is designed to forge leaders in mental health. Find out how we can help you help others today.

How Can Counselors Impact Communities Going Through Catastrophic Events?

American Counseling Association, “When Terrorists Strike: What School Counselors Can Do”

FBI, Coping After Terrorism for Survivors

FBI, What We Investigate

History, A Timeline of the U.S.-Led War on Terror

New America, “Terrorism in America After 9/11”

The New York Times, “A Partial List of Mass Shootings in the United States in 2021”