The growth of male nurses in health care 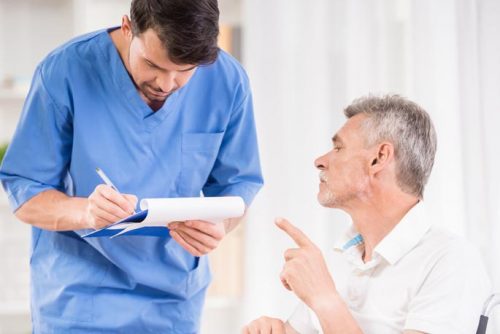 Once a predominantly male-dominated field, the career of nursing swung to the opposite extreme in the 19th and 20th centuries in much of the western world. For decades, the image of nurses in both popular culture and the hospital setting in the U.S. has been dominated by women. However, while female nurses have made valuable contributions to health care over the years, the fact remains that gender does not determine a person’s propensity for providing high-quality patient care. This fact has become very clear in the last several decades, as men have begun to re-enter the field at increasing rates, thriving in the workplace and breaking stereotypes in the process.

As demand for nursing professionals grows in health care, students of all ages, backgrounds and genders are earning bachelor’s, master’s and even doctorate degrees in nursing to increase the quality of patient care. If you are a male interested in pursuing a career as a nurse, your gender should not be a cause for concern. In fact, increasing the diversity of the field can have a powerful impact on improving the workplace.

Though nursing positions have been filled predominantly by women in the U.S. over the last century, that trend of gender affiliation is on the decline in the field. According to the U.S. Census Bureau, the number of men in nursing has more than tripled since the early ’70s. The organization reported that in 1970, only 2.7 percent of registered nurses were men. As of 2011, that percentage had increased to 9.6 percent of employed nursing health professionals.

With the current demand for nurses rising across the nation, encouraging males to enter the profession is more timely than ever. Due to health care reform in the U.S., improving quality is a high priority of hospitals and other care facilities. This objective often calls for an increased number of qualified professionals. With a growing number of Americans gaining health insurance under the Patient Protection and Affordable Care Act, these health care organizations are seeing a rise in demand for health services over all, which also leads to more nursing positions. In fact, the U.S. Bureau of Labor Statistics reported that demand for registered nurses is expected to grow by 16 percent between 2014 and 2024, adding a total of 493,300 jobs.

Increasing the number of men in the nursing field will do more than simply meet rising demand. Encouraging diversity of all kinds can have benefits in patient care across the health care field. A 2013 study by the Institute of Medicine found that patients respond well to nurses of similar ethnicities to themselves. While the study focused primarily on ethnicity, Vernell DeWitty, Ph.D., MBA, RN, the deputy director of New Careers in Nursing, told the Robert Wood Johnson Foundation (RWJF), a philanthropic organization dedicated solely to health, that the concept may translate to gender, as well. While gender does not inherently make a person a better health care provider, some patients may feel that they can relate more easily to nurses of the same gender. 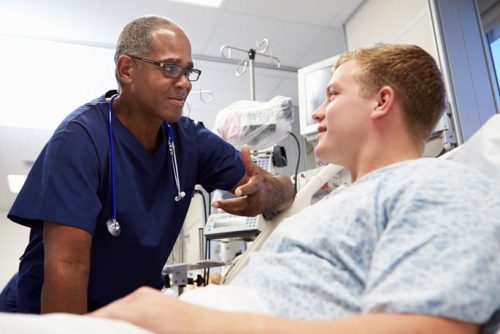 A history of male nurses

The idea of male nurses is far from new. In fact, despite its modern association as a “female profession,” men have been involved in nursing for centuries. The RWJF reported that men were students at the world’s first nursing school, founded in 250 B.C. in India. They also helped care for patients in Europe during the Black Plague and treated injured soldiers on the battlefield for hundreds of years.

Despite this history, for much of the 20th century, nursing schools in the U.S. only accepted women. It took a Supreme Court case to put an end to this practice. Keeping men out of nursing schools was declared unconstitutional in 1982 in Mississippi University for Women v. Hogan, in which a 5-4 majority ruled that the single-sex admission policy at the school violated the 14th Amendment’s Equal Protection clause. Since that time, a growing number of men have been breaking through the gender barrier to pursue a rewarding career in nursing. Enrolling in an institution that wants to promote men in the field can help to launch a successful career in nursing.

“I remember back then when I was doing my labor and delivery rotation in the hospital, some patients had some hesitation because we were men,” Elias Provencio-Vasquez, RN, MS, Ph.D., told the RWJF. “But we overcame that by presenting ourselves as students, and our faculty members were very professional and very supportive.”

A day in the life

Today, the percentage of male nurses — and consequently male nursing students — is on the rise. One such professional is Bradley University student Robert Lucia. A Doctor of Nursing Practice – Family Nurse Practitioner candidate, Lucia was working as a counselor in a hospital setting when he decided to pursue a career in nursing. The more he was exposed to the unique role that a nurse plays in patients’ lives — what he called a combination of “care provider, educator, counselor, role-model and advocate” — the more confident he became that it was the right career choice.

While Lucia said that some people are surprised that he — as a man — is working in the nursing field, he reported that it is becoming the norm.

“Currently, I don’t face very many challenges, as there seems to be more and more male nurses entering the profession,” Lucia said. “I will say that I do still get the occasional comment that it is ‘weird’ that I’m a male nurse, but those types of comments seem to come with the territory.”

Rather than be offended, Lucia said that he uses those interactions as opportunities to not only educate patients on his role but also on the changing role of nurses in general. Conversations like those will help to end misconceptions about gender and the nursing profession.

With increased demand for qualified nurses combined with changing perceptions about gender in the field, it is likely that the number of men in nursing will only continue to grow, positively contributing to the quality of care provided to patients in the U.S.

Explore Your Potential Career as a Nurse Educator

A Look at The Job Satisfaction of Nurse Practitioners