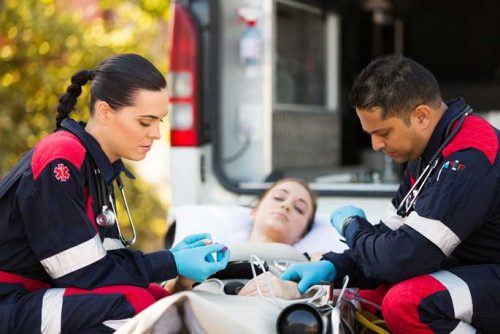 First responders are often pictured as stoic public servants early to the scene of a tragedy, medical emergency or crisis. It takes tremendous mental fortitude, even a willingness to risk their own lives, for an EMS, firefighter, police officer or other first responder to put everything aside and dive right into the fire, sometimes literally. This bravery was recently on display in Las Vegas, where 58 concert attendees were gunned down in a packed crowd and hundreds of others were injured in a scene that first responders across the country are all too familiar with. Though distress and pressure may call forth the valor and bravery first responders embody, being repeatedly exposed to such conditions can weigh heavily on the mind — especially knowing that not every life can or will be saved.

Indeed, the mental health needs of first responders are starting to get more attention in media, as well as places like the fire station. However, despite recent gains in awareness, these needs are difficult to judge, much less address. The cultures of law enforcement, firefighters, paramedics and other emergency services often make it hard for first responders to bring up issues they experience or deeply troubling events that continue to affect them. First responders may know what the job entails, but that doesn’t mean what they encounter won’t cause them pain, anger and sadness. Yet police officers, EMTs and others fear showing cracks in their emotional armor, knowing not only that they will be looked to for calm amid chaos, but that opening up could cost them their jobs.

Sweeping reactions to trauma under the rug can have dire consequences. First responders face a number of unique stressors and life experiences that can leave them profoundly affected. When they look for help, limited options for assistance and the stigma of seeking such services can be challenges. To repair the way first responder mental health needs are addressed, outreach and awareness are needed. Yet there are many things for counselors to consider, given the critical nature of first responder work.

The pervasiveness and destructiveness of mental health issues in first responders is can be seen in a 2015 survey published by the Journal of Emergency Medical Services (JEMS). Of the 4,022 emergency medical service providers who responded, 86 percent said they had experienced a critical stress, which was defined as “the stress [providers] undergo either as a result of a single critical incident that had a significant impact upon you, or the accumulation of stress over a period of time.” As a result of that stress, more than one-third (37 percent) said they had contemplated suicide; 6.6 percent said they had made an actual attempt. Researchers associated with the survey noted that the number of responders who thought about or attempted suicide was almost 10 times greater than the national American adult average for both scenarios, a baseline established by a U.S. Centers for Disease Control and Prevention study in 2012 and cited by the authors.

The outsized rate of mental health issues in first responders compared to national averages was also seen in Canada. The Canadian Broadcasting Company shared results of a first-of-its-kind national survey that showed 44.5 percent of the more than 5,800 paramedic, police, 911 operator and firefighter respondents “screened positive for clinically significant symptom clusters consistent with one or more mental disorders.” According to CBC, which cited government statistics, the same rate of incidence in the general population was 10 percent.

Significant personal turmoil and risk for mental health disorder can be seen across first responder professions. KUAR, the public radio station for the University of Arkansas, Little Rock, reported on research into the mental health of firefighters, in addition to paramedics, by an assistant professor at the University of Arkansas for Medical Sciences. Sarah Jones, Ph.D., said responses to her online survey showed:

Even if they do not experience severe symptoms of a mental health disorder, first responders often see stress manifest in other ways. In a survey NBC Bay Area distributed to California firefighters, 70 percent revealed they had trouble sleeping, 64 percent were easily angered or withdrawn and 31 percent developed a substance abuse issue.

Given how severe and persistent mental health issues are in first responders, counselors often see clients in such professions. Yet treating first responders can be an imposing task. It takes a genuine understanding of the internal and external pressures to help a client express themselves in honest ways and pursue healthy habits, even in the face of the life-or-death situations they may face on a daily basis.

Limited services, but any help matters

Despite a clear need for mental health services, not all first responders have access to resources like Employee Assistance Programs (EAP) and counseling; to make things worse, utilization of the resources that exist remains an ever-increasing concern. In a 2016 survey from the National Association of Emergency Medical Technicians, 37 percent of respondents (majority paramedics and EMTs) said the agency they worked for did not provide mental health services. Further, 76 percent responded “no” when asked if their employer measured the success of the programs it offered. Similarly, 46 percent were with a provider agency that did not offer health and wellness services. The effectiveness of already limited resources is further undercut by the underutilization of services by first responders, often for fear of employer reprisal or retaliation.

“Most of the people in my organization do not feel comfortable using any service provided by the organization for fear that the information will come back and be used against them in the future,” one respondent said in the NAEMT study.

However, when services are utilized, most first responders find them to be worth the time. In the JEMS survey, of the 86 percent of EMS providers that experienced critical stress, just 18 percent participated in a critical incident stress management program (CISM), and only 11 percent did the same with an EAP. However, of those attending a CISM session, 63 percent said their experience was very or extremely helpful. A little more than half (53 percent) said the same after attending an EAP session.

As a counselor, raising awareness of available resources is critical to improving coverage of first responders’ mental health needs. However, institutional change also needs to occur. Fifty-six percent of respondents in a culture that had no encouragement or support contemplated suicide, while 12 percent attempted it. Those numbers drop as more services become known. Respondents in a culture of full support and encouragement still had higher-than-normal activity in suicidal tendencies, but to a lesser degree (23 percent thought about suicide, while 4 percent tried to take their own life). Counselors should be highly attuned to the fact that their intervention matters. 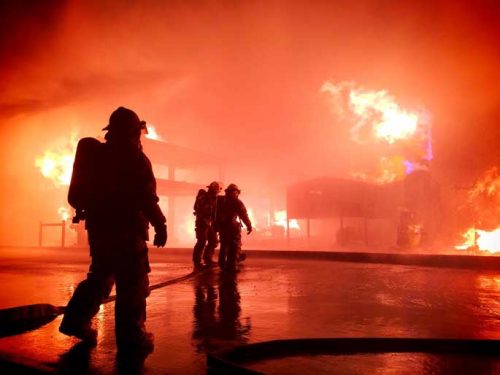 Difficult to break through to

Another aspect mental health counselors have to keep in mind when treating first responder clients is that empathy can only take them so far: First responders see stress and tragedies on a nearly unimaginable basis. Having these unique experiences often leaves first responders feeling as if no one else could possibly understand what they go through besides peers. Yet some still avoid opening up — just 52 percent of NAEMT respondents would feel comfortable doing so. Counselors are not altogether unfamiliar with such situations. Victims of spousal or sexual abuse often endure traumas that leave them feeling unrelatable — until they talk about it.

One pitfall counselors must avoid in treating first responder clients is being awed or mystified by their daily tumult, the lengths first responder go to put their own lives on the line for others. A respondent to the JEMS survey recounted her experience: “I described the call that I was having trouble with only to have the psychologist look at me and say, ‘How do you guys do what you do?’ She was clueless and ill-equipped to help me.”

Counselors might not be able to imagine encountering death on the job, let alone carrying through the rest of the day; but this is the first responder’s reality. Individuals in such careers need objective help in learning more about mental health or resources they can take advantage of. A constant theme in the responses to the NAEMT survey was that first responders (as well as supportive management) desired counselors who can offer useful help for what first responders go through:

Though not every mental health counselor who treats first responder clients will have that kind of experience, coming into a relationship aware of the unique stresses and emotions of first responders can help counselors provide effective help.

As a number of studies and surveys show, first responders bear the brunt of their mental health issues, unable to turn to outlets of professional help because of a stigma (which, fortunately, is lessening). As a mental health counselor who may treat first responder clients, it’s highly important to come prepared with a deep knowledge of counseling strategies and education to help tackle the unique mental health needs of police, firefighters, EMTs and others. If interested in pursuing a postgraduate degree to further improve your skills as a counselor, contact Bradley University for more information on the school’s online MAC program.